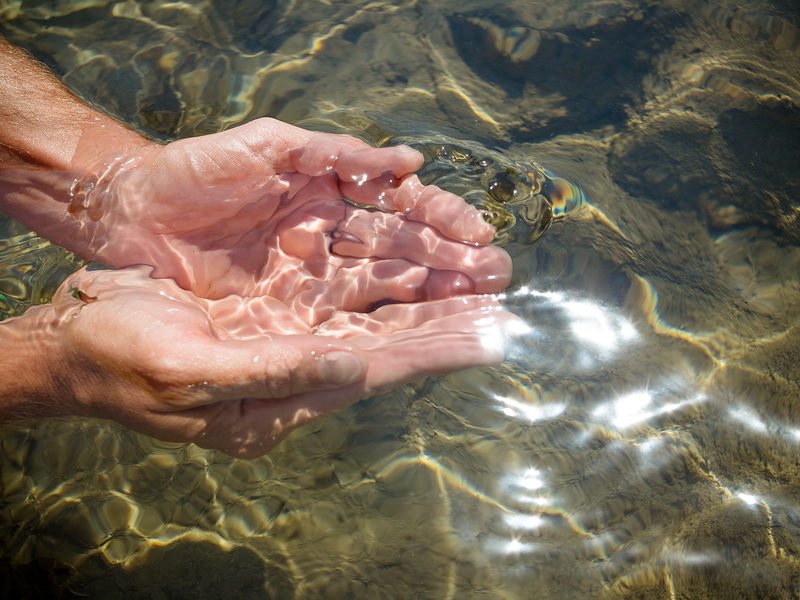 Below are a series of informative documents regarding efforts to ensure cleaner and safer water in the Lower St. Joseph River Watershed.  We need your help!

You turn on your kitchen faucet and assume that out comes safe drinking water.

But how can you be sure?

In the current Flint water crisis, possibly thousands of residents have been drinking lead-tainted water for more than a year, showing that just because the water leaving the water plant is safe to drink doesn’t mean it is still safe after traveling through the pipes to get into your home.

Brian Oram, a professional geologist with the Water Research Center in Pennsylvania, said people can’t tell if water is safe just by looking at it.

“Your water could actually come out perfectly clear and have no odor and be a problem,” he said.

Oram said the only way to be certain the water coming out of your faucet is safe is to have it tested. And he said that means testing each faucet individually because lead could be leaching into the water from the faucet itself.

“What’s interesting is that the fancier fixtures probably have more lead in them than the non-fancy ones because they need to make the metal softer to make all those fancy bends,” he said.

Getting the lead in

Oram said most water pipes in homes built before the 1930s were made from lead. Unless the homeowner knows the pipes have been replaced, he said they are probably still there and could be leaching lead into the water if they are corroding.

But even houses built after the 1930s can have lead in them.

He said copper pipes were primarily used after the 1930s, but the solder used to join two pipes together often contained elevated levels of lead until the federal Safe Drinking Water Act was amended in 1986 to prohibit the use of lead higher than 8 percent.

But Oram said no level of lead is considered safe.

The Safe Drinking Water Act was further amended in 2011 to reduce the amount of lead allowed to 0.25 percent for products that would come in touch with drinking water. That requirement went into affect in 2014.

He said the blue color is actually copper leaching into the water. But, if copper is leaching and there is any lead in the system, he said the lead is probably leaching, also.

H2O and then some

Municipalities are only responsible for water quality up to the property line, meaning that if the lead is leaching into the water after that point, it is the homeowner’s responsibility to fix the problem.

Benton Harbor City Manager Darwin Watson, who has also overseen the city’s water plant, said that while Flint received lake water from the Detroit water plant, the lead water lines in older homes were being naturally coated with phosphates, which kept the lead from leaching into the water.

But not all water is the same, he said.

“Chemistry is a very important part of water treatment,” he said.

“Waters vary from one area to the next, and river water is quite a bit different from lake water,” he said.

The problems began when Flint switched its water source to the Flint River.

“River sources contain a compound called chlorides,” he said. “Chlorides can be naturally occurring, but they can also be indicators of pollution, primarily road salts. … That’s what you’re seeing when people (in Flint) hold up those jars of brown water. The water was tending to corrode the pipe to the extent that it was going after the cast iron, lead, copper, fixtures, everything.”

Alimenti said water plants that get their water from rivers usually use corrosion inhibitors to keep the water from leaching chemicals out of the metal pipes. But he said there is no one way to fix the problem.

“There’s a whole class of corrosion inhibitors that can actually make the situation worse,” he said.

He said the Lake Michigan water his plant gets has some natural hardness, which helps protect pipes from leaching chemicals into the water.

Because of the constantly changing character of water, he said water plants test their water several times a day to make sure it is safe to drink.

Exemptions for this rule are for newly planted grass, trees, and other plants for the first 30 days following planting.  Further, sprinkling of vegetable gardens is exempt from this section of the ordinance.  Also, ‘sprinkling’ shall not include drip irrigation systems, the use of a container such as a watering can or pitcher, or the use of hose equipment with a spring-loaded shutoff device that automatically stops the flow of water if the hose is left unattended.

You may visit the Royalton Township office to obtain a printed copy of the Township Map.

When things come up that we feel are important, we post it here and hope it helps you stay informed …
The Latest Information →